Are Female Leaders Better at Managing the Coronavirus Crisis? 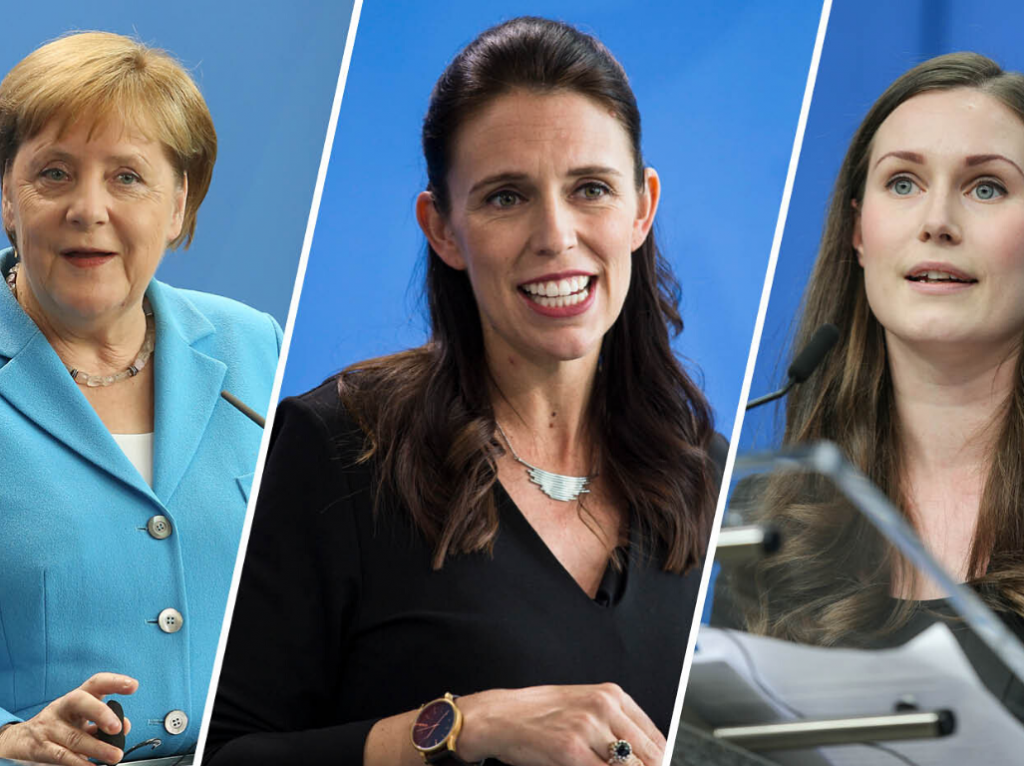 The most recent statistics on the spread of COVID19 have revealed that countries with the lowest numbers of cases, deaths, and the best responses to the virus are Germany, Taiwan, New Zealand, Iceland, Finland, Norway, and Denmark. What all of these countries have in common is that they are under the leadership of women!

When it comes to why so many countries led by women appear to be beating the virus, the authors agree on several common themes. According to Anne W. Rimoin, an epidemiologist at U.C.L.A: “New Zealand, Denmark, Finland, Germany, Iceland, Norway have done so well perhaps due to the leadership and management styles attributed to their female leaders.”

From her point of view, Forbes writer Stephanie Denning suggested: “the leaders who have demonstrated to be the most decisive — and calm — have also been women”.”Leaders like Ardern and Frederiksen have shown that strength in a time of crisis can come from acknowledging that you are not the expert in this arena and then listening to those who are,” the Forbes article states.

Plenty of countries with male leaders have also done well. But few with female leaders have done badly! Virtually every country that has experienced coronavirus mortality at a rate of more than 150 per million inhabitants is male-led.

In Germany, the Chancellor of Germany, Angela Merkel has been hailed for direct but uncharacteristically personal public interventions, warning that up to 70% of people would contract the virus: “It’s serious,” she said, “take it seriously.” Thanks to extensive testing from the outset, plenty of intensive care beds, and the chancellor’s periodic forthright reminders, Germany has so far recorded fewer than 5,000 deaths, a far lower figure than most EU countries.

Among the first and the fastest responses was from New Zealand’s premier, Jacinda Ardern. Choosing to “go hard and go early,” Ardern implemented a strict lockdown of 14 days, two weeks later, when fewer than 150 people had been infected and none had died. Her insistence on saving lives and her kindness-first approach urging New Zealanders to make sacrifices for the greater good has won her many fans and helped in uniting the country. Today, public trust in Ardern’s government is greater than 80%.

These women stepped up to show the world how to manage a messy patch for our human family. One of them is Tsai Ing-wen in Taiwan! In all, she adopted 124 controls and contained measures in weeks, making a full lockdown unnecessary. Taiwan reported just six deaths and is now dispatching millions of face masks to the US and Europe. Tsai’s warm, authoritative style has won her plaudits, even from political opponents. Tsai managed what CNN has called “among the world’s best” responses, keeping the epidemic under control!

Meanwhile, Iceland, under the leadership of Prime Minister Katrín Jakobsdóttir, has offered free testing to all citizens, not only those with symptoms, and has recorded 1,800 cases and 10 deaths. In proportion to its population, the country has already screened five times as many people as South Korea has, and instituted a thorough tracking system that means they haven’t had to lock down or shut schools.

From her side, Finland’s prime minister, Sanna Marin, who last year became the world’s youngest head of government also moved decisively to impose a strict lockdown, including a ban on all non-essential travel in and out of the Helsinki region. It took a millennial leader to spearhead using social media influencers as key agents in battling the coronavirus crisis. Recognizing that not everyone reads the press, they are inviting influencers of any age to spread fact-based information on managing the pandemic.

This has helped her country contain the spread of the virus to just 4,000 cases and 140 deaths, a per-million toll 10 times lower than that of neighboring Sweden.

Also, Erna Solberg, Norway’s Prime Minister, had the innovative idea of using television to talk directly to her country’s children. Solberg held a dedicated press conference where no adults were allowed. She responded to kids’ questions from across the country, taking time to explain why it was OK to feel scared.

Not all women who have excelled in the corona crisis are national leaders!

In June 2020, four women political leaders and healthcare gathered to push for more affordable testing as an essential step to make an end to this pandemic by energizing an online gathering of over 200 ministers and healthcare professionals from over 20 countries. Inspired by women leaders’ exceptional performances in managing the crisis in countries from New Zealand and Taiwan to Finland and Germany, they want to replicate these women’s skills at truth-telling, decisiveness, love, and savvy use of technology – especially widespread testing. The meeting was organized as a partnership by multiple players: the G20 Health and Development Partnership, Women Political Leaders (WPL), and the Foundation for Innovative New Diagnostics (FIND), a co-convenor of the ACT-A Diagnostics Partnership.

Likewise, these famous female leaders: “Jeong Eun-kyeong”, the unflappable head of South Korea’s center for disease control, has become a national icon after overseeing a “test, trace, contain” strategy that has made the country the world’s coronavirus role-model, with daily infections in single digits and a death toll of less than 250. Jeong, a former rural doctor dubbed “the world’s best virus hunter”, has delivered no-nonsense daily press conferences, including demonstrating the ideal way to cough.

Whatever conclusions we may draw from these leaders’ performances during the pandemic, what we need, in a time of national and international crisis, is something special from the people we choose to lead us. Whether men or women we need them to be responsible.

Once again, we admit that the burden of care has fallen on women, and they have done it unquestionably, with originality and obviousness, without ego or delay. We will never forget how these female leaders have risen to the challenges with dignity and care and succeeded.