Ayahuasca Ceremonies, the Alternative of Psychotherapy for Amazonian Tribes 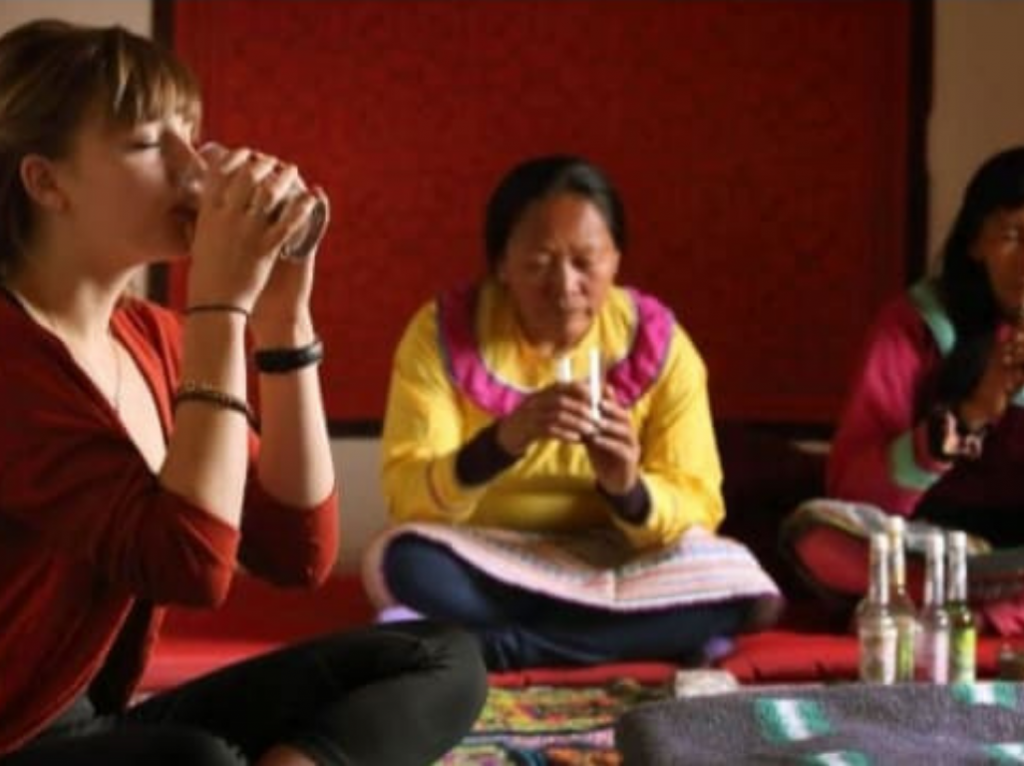 Ayahuasca retreats are becoming popular in the west, so what is Ayahuasca? It is a traditional psychoactive brew made from two plants: the ayahuasca vine (Banisteriopsis caapi) which grows in the Amazon, and a shrub called Chacruna (Psychotria Viridis), which contains the hallucinogenic drug Dimethyltryptamine (DMT). So Ayahuasca is illegal in the UK, the US, and many other countries. Ayahuasca retreats are common among indigenous tribes for psychological healing.

It is a sacred beverage that the indigenous tribes of the Amazon in Brazil, Peru, and Ecuador consume as part of a shamanic procedure. Ayahuasca causes hallucinations and has therapeutic effects, that is why it attracted the attention of western medicine as a possible treatment for depression.

Ayahuasca literally translates from the Quechua language of the North Andes as “soul vine” or “vine of the dead”. For centuries, Natives have used it in spiritual rituals and ceremonies because of the belief that it brings a better sense of self and heals the wounds and trauma of the past. They also believe that Ayahuasca ceremonies help them to transcend consciousness in order to communicate with their ancestors and reconnect with the spirits of the forest.

The scientific evidence on ayahuasca is limited, but it activates repressed memories in ways that allow people to come to a new understanding of their past. In some cases, it helps people work through memories of traumatic events. So neuroscientists are beginning to study ayahuasca as a treatment for depression and PTSD.

What Are Ayahuasca Retreats and Why Are Westerners into Ayahuasca?

In recent years, eastern philosophies have influenced westerners. These philosophies support being in a higher state of consciousness beyond the physical world. So,  Ayahuasca retreats sound like a perfect way to reach that state.

The number of visitors from North America has increased over the years. It has become popular worldwide among those who want to heal from past traumas or simply experience an Ayahuasca journey. Some people say that a single Ayahuasca retreat is like a decade of therapy in several nights. Others think this is an overstatement, but they do not deny its therapeutic effects.

Shamans strongly recommend that they should supervise  Ayahuasca ceremonies. Those who take the retreats need someone to look after them carefully. An Ayahuasca ceremony leads to an altered state of consciousness that lasts for many hours.

Many people travel to countries like Peru, Costa Rica, and Brazil, where Shamans offer Ayahuasca retreats. These experienced shamans prepare the brew and monitor participants for safety.

Ayahuasca ceremonies are usually held at night and last until the effects of Ayahuasca have worn off.  After the shamans who lead the ceremony prepare and bless the space, Ayahuasca is served to participants.

After consuming the Ayahuasca, most people start to feel its effects within 20–60 minutes. The effects are dose-dependent, and the trip can last from 2 to 6 hours.

The  Effects of Ayahuasca Ceremonies

In its most common form, Ayahuasca is a strong-smelling brown liquid with a bitter taste. Its effect is related to the age, quality, and type of plants used. In addition, the psychoactive potency of ayahuasca differs according to the environmental conditions of their growth, the ratio of their combination, and the amount of processing they undergo.

Weaker doses of ayahuasca produce a detachment from one’s body and surroundings. This allows a mental objectification and critical examination of the smallest of details, feelings, and thoughts. Stronger forms of the liquid cause visual perception of irregular shapes, colorful geometric patterns, fleeting images, and out-of-body experiences or dream-like visions. People who went through Ayahuasca ceremonies say that they had flashbacks from the past in which they saw important events of their lives from different angles which changed their lives.

People react to Ayahuasca differently. Some experience euphoria and a feeling of enlightenment, while others go through severe anxiety and panic. It is not uncommon for those during Ayahuasca ceremonies to experience both positive and negative effects from the brew.

The tribes that use ayahuasca see purging (vomiting, crying, laughing…) as a vital part of healing. When you purge, you’re expelling all the negative energy from the body. It helps to get rid of the anxieties, fears, regrets, and hatred.

The Benefits and Side Effects of Ayahuasca According to Medicine:

Research has shown that Ayahuasca retreats improve the mindfulness capacity for the brain and emotional regulation. It may help with depression, PTSD, and anxiety. However, it may interact negatively with other drugs, and it could be dangerous for people who have a heart condition.  As for mental illnesses, it may worsen the situation for those who have a history of psychiatric disorders like schizophrenia. There have been several death cases due to this brew during Ayahuasca ceremonies, but it never happened in clinical trials.

Scientists need more research to determine if doctors can use Ayahuasca as a potential treatment for certain medical conditions in the future.