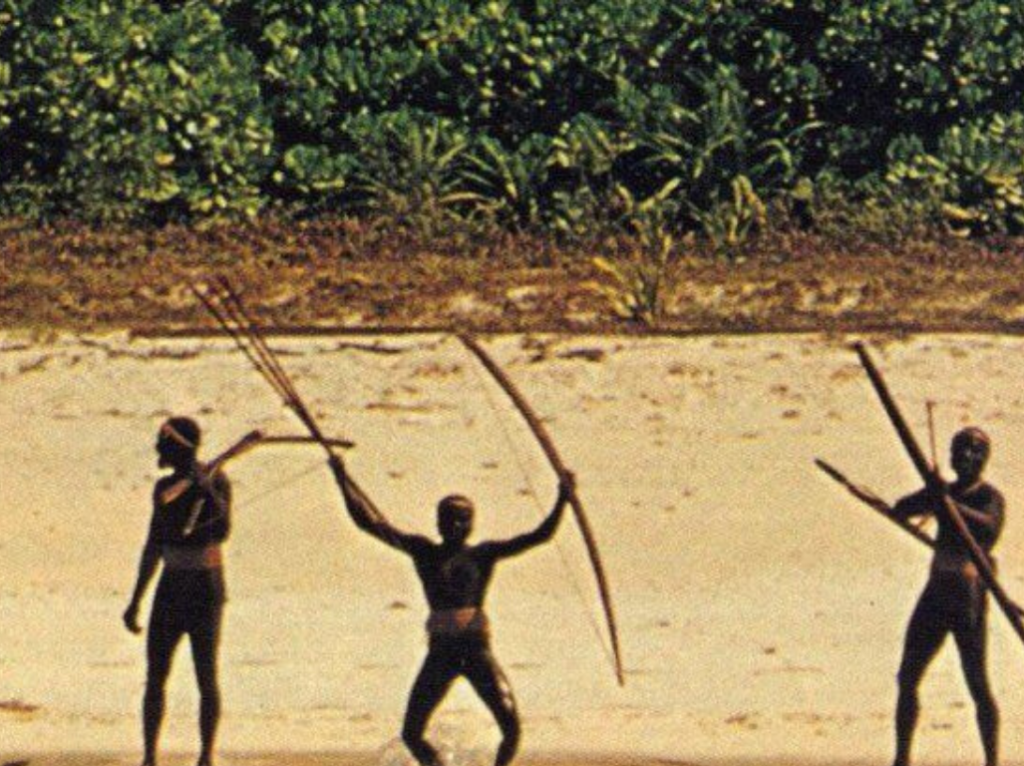 In 2020, the existence of people who lead reclusive lives cut off from modern civilization might sound strange to some, but it is actually true. According to Survival International, there are over a hundred uncontacted tribes around the world and more than half of them are in the Amazon forest. The most secluded ones however, live on an island in the Bay of Bengal, India and they reject all contact with outsiders.

The island is called North Sentinel Island, patrolled by Indian navy and has an estimated population of 50 to 400 individuals based on a report made in 2012. However, this number is inconclusive. The Indian government even stated that the exact population is unknown. The estimation comes from observations made by planes flying over the region, limited photographs of the tribe, and testimonies from nearby contacted peoples.

Based on the knowledge acquired from observations, this tribe consists of hunters that gather in the forest and fish in coastal waters. They appear healthy,  strong, and use medicinal plants to treat the diseases they are familiar with. Also, they use adaptive forms of life; they have built boats, sharpened iron and also utilize metal.

To say the Sentinelese (referred to as such) have no knowledge of the outside world would not be entirely true.

In 1880, a Royal Navy officer named Maurice Vidal Portman went to North Sentinel with a large team (the island had been declared a British colony then). They only found abandoned villages, but a few days later, managed to find an elderly couple and four children. In ‘the interest of science’, they kidnapped them and brought them to Port Blair. Soon after, all six became desperately sick and the couple died. Portman returned the ill children to their island, leaving them with a pile of gifts. Portman continued to visit the island a few more times between 1885 and 1887.

Several more trips were carried out to the island afterwards, but with benign intentions, notably after India’s independence. No peaceful contact had been successfully made with the tribe, as they were often met with spears and arrows in attempts to defend their land, until 1991. The tribe had peacefully approached the expedition led by Triloknath Pandit without their weapons. Pandit recalls his team trying to communicate with them as they handed them gifts, but were unsuccessful: “They were talking among themselves but we couldn’t understand their language.” Although they had taken the coconuts, the Sentinelese made it clear they did not want outsiders on their land: they limited the friendly exchange to the ocean.

In my opinion, their refusal for outsiders contact is for the best. Uncontacted tribes have no immunity to common infectious diseases, and any close contact would mean deadly consequences for them. The sustained contact with British settlers led the population of the Great Andamanese, a neighboring tribe, to sharply decline due to lost territory and spread of diseases.

In the following years, occasional trips were still made until the tsunami of 2004, where it was confirmed the Sentinelese had not only survived it, but also adapted to it. Since then, there were no further attempts to reach the island again. The tribespeople had proved to be more than capable of surviving on their own, and no outsider help was needed. Contacting the Sentinelese, by consequence, was not only dangerous, but also rendered illegal by the Indian government under the ‘Andaman and Nicobar Islands Regulation, 1956’ law.

NORTH SENTINEL IS A SOVEREIGN UNIT.

The Indian government recognizes North Sentinel Island as a sovereign unit, and they organize periodic checks to ensure the Sentinelese are doing well. They have abandoned plans to pursue contact and also stated that they have no intentions of interfering with their lifestyle, and no interests in governing the island whatsoever. Currently, there are several human rights campaigns and organizations guaranteeing their rights to self-determination and ownership of their land.