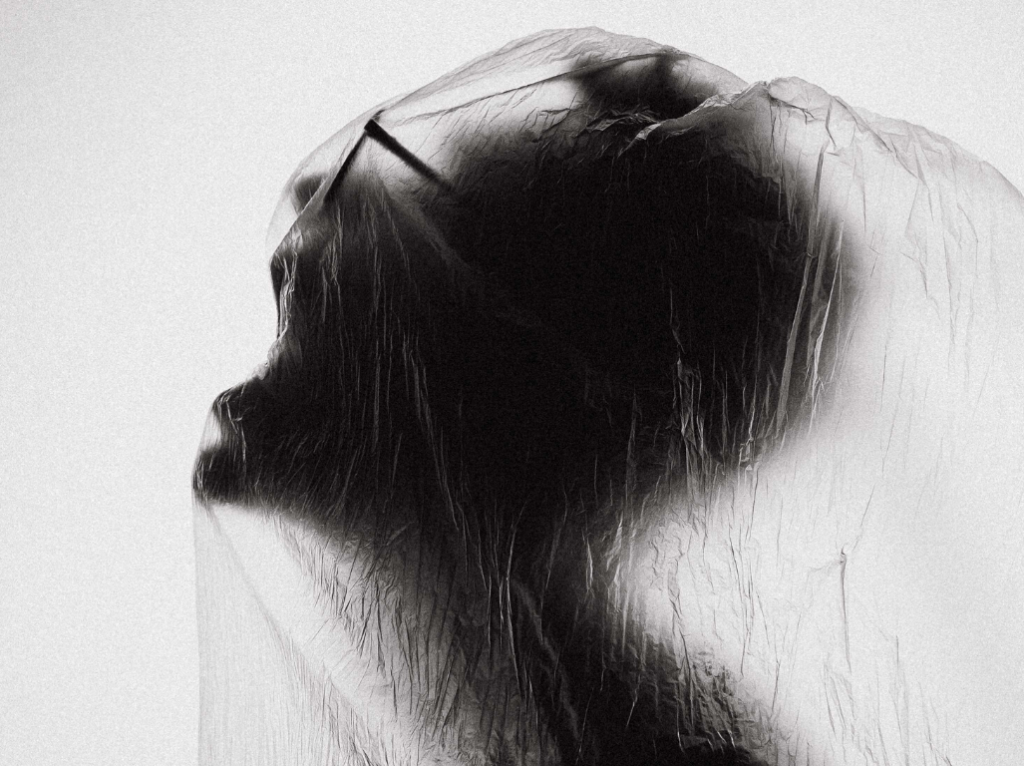 One step ahead then two, my lover’s eyes are blue. Three steps, one to the left, her bloody neck is cleft.

I hate Wednesday mornings. The kind of mornings that always start with me seated in my own bed, waiting. Everyone here knows me, they know about the white noise, the voices and how restless I get when I wait. But no one cares. There is nothing pills can’t solve, that’s what they would always say.

I look around the room for distractions, but it’s exactly the same as it has always been. A bed, a chair, a nightstand and faint blue walls; so irritatingly dull. The view out of the window is no better. White ash trees, wooden chairs, heavy grey clouds and the old Mrs. Cassidy in her wheelchair staring at the metal fence all day long.

Seconds are stretching to no end. Time has been playing these kinds of tricks on me for the past 4 days.  Like my life suddenly became this broken record that I’m only part of because I have no choice…and now my hands are twitching at the thought.  I really hope I get my drawing kit back.

Four jumps, step back once, my lover called me a dunce. She was wrong and now she’s singing along my disciplinary song.

There’s a faint sound at the back of my mind now, whispers. I was told not to listen to them since they only seem to feed on my attention, but it’s getting harder not to. Just as it was getting clearer to hear, a loud knock cuts through the chaos and everything goes quiet.

The door opens and Mrs. Woods finally comes in, a fairly young woman with lean legs and an annoyingly symmetrical face. She’s wearing the same classical outfit of last Wednesday, and the ones before it. I always wondered how she manages to look exactly the same after all these months. Today, however, her blonde curls are pinned up in a messy bun and the dark circles under her eyes can’t go unnoticed. At least I’m not the only one with a tough morning I think. I turn to look at the electronic clock on my nightstand as she walks towards me, 11:02 am. I contemplate telling her that she’s two minutes late but then I think against it.

“Good morning, Damien. I’m sorry I’m late,” she says in that high pitched voice of hers that never fails to annoy me. She takes a seat in the leather chair near my bed, crosses her legs and opens her notebook. “Did you sleep well? “

I look at her frame and try to put her in a song. It’s a game my mother taught me when I was a kid. “It keeps the voices away.” she would say. I picture my small figure, curled up in a corner. Eyes closed shut, hands pressed against my ears, attempting to block the screams and the shattering noises coming from the living room. Once I start singing, the voices disappear.

One step ahead then two, my mother’s eyes are blue…

“Damien, are you alright?” I notice that she stopped flipping her pages and that she’s looking at me expectantly.

“Yes. I’m okay” I say. It’s a lie. And by the way, she’s looking at my fumbling hands right now; I know she knows it too.

“Okay,” she says, dragging the vowels. “Is there anything you want to talk to me about?” she then adds.  Her hazel eyes are not leaving my obsidian black ones as she speaks. I think of counting all the beauty marks on her pale skin but it’s too much effort. Then I think of colors, and how breathtaking she would look covered in red. I want to tell her that, but I’m not sure she would appreciate it.

She must know that I’m probably not going to answer her question, but I can’t see her giving up any soon. With her eyes still locked on mine, and after a sigh she then says: “How about we start talking about the nightmares you told me you were having?”

I met Mrs. Woods two years ago, when she was still an intern. She was the first to ever get a word out of me after several months of being admitted here. Something in the way she carried herself, maybe even her unprofessionalism, made it much easier to talk to.

I remember the first time she saw one of my drawings. I never allow anyone near my sketchbook and I don’t know how, but she ended up one day with it in her hands. She stared at it for a while, her fingertips tracing the thick black lines, the scattered numbers, and letters ever so gently. Then after what seemed like forever she finally said: “This is so…you”.  I realized at that moment that she was nothing like the rest of them. She’s smarter.

I can see her analyzing my every word and move every time we talk. Especially when she gives me that distinct look of hers like she’s doing now.  A look that tells me she knows things I don’t.

With her, it has always been easy, whether I’m honest or not, she knows and life moves on.

“I haven’t had one of those in a while,” I say. Lies. Those damn nightmares never ceased, they’re getting more real if anything.

She lowers her gaze and looks at the page in front of her for a while and seconds feel like hours. I hate it when she takes so much time, and again, she knows that. I wonder sometimes if she does that intentionally; a punishment of some sort, for making her job a thousand times harder.

“I heard about Saturday’s incident. Do you want to tell me what happened, Damien?” she finally says.

Saturday’s incident; I remember what happened. It’s the reason I haven’t slept for four nights straight and the one behind my sour mood this morning. The whispers are coming back now and I try to ignore them.

“They took my drawing kit,” I said immediately. I’m trying to sound calm but I doubt I’m succeeding. “I kindly asked them to give it back, but they kept saying I wasn’t allowed to have it. It’s all I’ve got and you know that. They have to give it back”

Images from Saturday morning start to flood my brain and I shake my head to push them away. My leg is now bouncing, my hands are clammy and my back is starting to itch. It’s getting louder and I can’t look at her eyes anymore, I need to count. White ash trees, wooden chairs, a metal fence and the old Mrs. Cassidy in her wheelchair, but now she’s looking my way.

“That’s not what I was told. You hit a nurse, Damien. And you weren’t taking your pills. I thought we agreed we were to be honest with each other? ” Mrs. Woods says and her voice sounds so distant I can barely hear her. Is that what they told her? Why did she believe them?

Thousands of words are piling up inside my brain, all pushing against my skull seeking release. I’m trying to sort them out, when something inside finally snaps, and my body turns into autopilot.

“They are lying!! You’re supposed to believe ME! You promised to get me out of here…And they took my drawing kit…You lied to me! ” My voice comes out strangled and in an instant, she’s no longer sitting in her chair. I look up to see her standing somewhere near the door. She has a weird look on her face, her eyes are wide and her lips are moving. She must be talking to me but I can’t hear a word. Suddenly, her face goes blurry and everything around her starts to change. The walls are growing closer, the chair is melting to the ground and the window is leaking dark red. I turn to look at Mrs. Woods but she’s nowhere in sight. There’s something slamming against my rib cage. It wants to come out and it’s making it harder for me to breathe. Now all I can think of is that it’s happening again.

This is one of the times people here call madness. It happened several times in my first weeks here and it always ends up the same. No one says anything when I ask them how I always wake up chained to my bed.

My hands instinctively reach to cover my ears and I close my eyes shut, allowing the darkness to envelope my sinking body. It will end, I think; it always does. And all I can do is sit here and wait. I wait for that burning liquid to find its way up to my brain and for the voices to grow quieter. I wait to be normal again. Until then, there will always be that distinct voice-my mother’s- reminding me to do the one thing I do best. I sing.

One step ahead, turn right, she’s slowly losing sight. All night she cried and screamed, and now she’s gone all quiet. Four jumps, step back once, my lover thought I was a dunce. She is gone and now I’m singing along our disciplinary song.