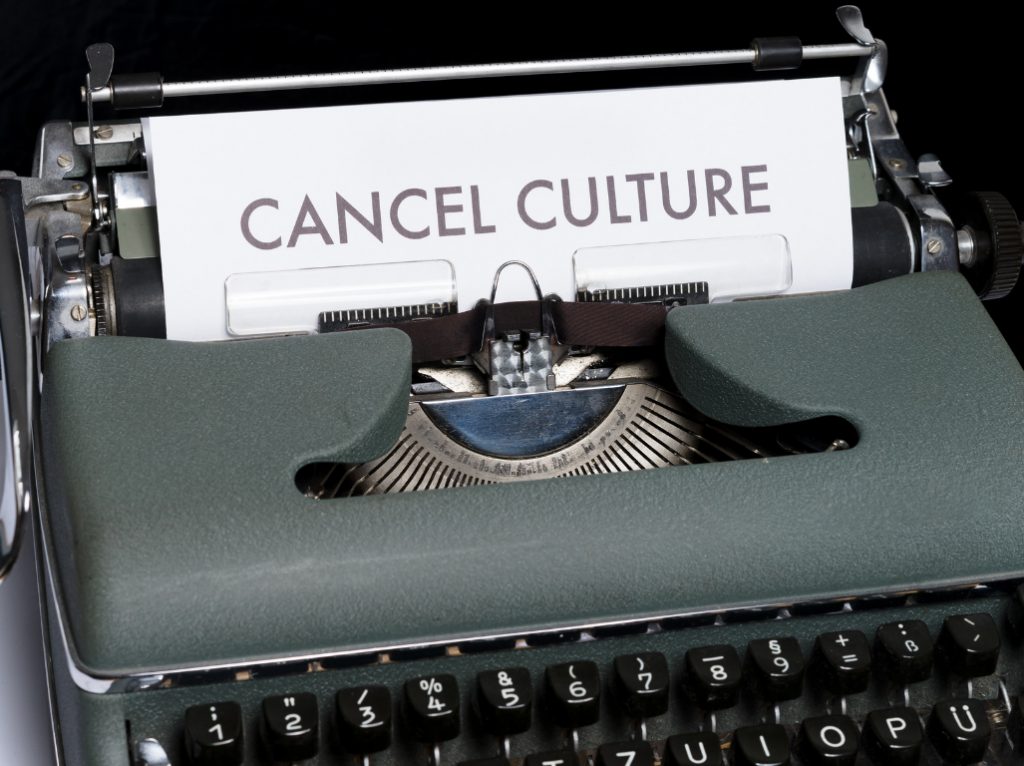 Since December of last year, the famous author of the Harry Potter series, J. K. Rowling, has been sharing her thoughts on transgender issues on Twitter, which brought her a lot of backlash due to the controversial nature of her tweets. One example is a tweet she made in early June of this year, which sparked a wave of criticism of her views and many people calling to “cancel” her.

According to the Merriam-Webster dictionary, to cancel someone (usually a celebrity or other well-known figure) means to stop giving support to that person. The act of canceling could entail boycotting an actor’s movies or no longer reading or promoting a writer’s works. The reason for cancellation can vary, but it usually is due to the person in question having expressed an objectionable opinion, or having conducted themselves in a way that is unacceptable so that continuing to patronize that person’s work leaves a bitter taste.”

Lisa Nakamura, a professor at the University of Michigan, who studies the intersection of digital media and race, gender, and sexuality, says about cancel culture,” it is a cultural boycott. It is an agreement not to amplify, signal boost, give money to. People talk about the attention economy- when you deprive someone of your attention, you’re depriving them of a livelihood.”

When did the term originate?

The hashtag #cancelled originated in Black Twitter back in 2015 where it was used to call out several problematic people or products.

One of the early uses of the term was in an episode of a 2016 web series called “Joanne the Scammer,” in which a character struggles to use an espresso machine, then she says,” You know what? That’s over. It’s canceled. We don’t need coffee when we have sparkling water.” It was basically just a joke when it was used in that show. The writer of that episode, Jason Richards, said in an interview with journalist Jonah Engel Bromwich,” I think the humor of it comes from how inhumane it is. To cancel a human is just a funny way of putting it. Joanne is someone who scams people, and the word canceled seems of that world, of reservations being canceled and credit cards being canceled.”

He also said,” It speaks to a lifestyle of commodity, consumerism, and capitalism, of transactions being canceled. It’s a very transactional word.”

In his piece on cancel culture in the New York Times, Jonah Engel Bromwich interviewed Professor Lisa Nakamura who said that cancel culture came from a desire for control. “People have limited power over what is presented to them on social media platforms, which are notorious for being poorly regulated. When YouTube refused to defenestrate Logan Paul after he posted a deeply insensitive video in December, she said, individuals were compelled to take matters into their own hands, doing the work of deplatforming him instead of waiting on deliverance from YouTube.” He wrote.

“Socially irredeemable things are said on platforms all the time. Cancellation creates a culture of accountability which is not centralized and is haphazard, but needed to come into being,” Professor Nakamura said.

How can someone be canceled?

The act of canceling revolves around the idea of boycotting someone who had inappropriate or controversial behavior, whether it was in the past or in the present.

Callouts are a form of cancellation that describes the act of throwing someone out from social and professional circles, either online, in real life, or both. Most canceling is done online and that is by sharing hashtags and bringing people’s attention to the behavior of the person to be canceled and calling them to boycott their work.

Canceling is not only restricted to using hashtags and calling people out online but it can have some serious consequences on the work and lives of the people who get canceled. After the wide criticism the British author J.K. Rowling received these past months, employees at her publisher refused to work on her upcoming book.

Who can be canceled?

A lot of the time, people who usually get canceled are celebrities or public figures who have a certain influence on people and who might have had a problematic or controversial behavior in the past.

In 2018, comedian and actor Kevin Hart was called out for a homophobic tweet he had made 10 years before. After he had announced the news of being chosen to host the 87th edition of the Oscars on his Twitter profile, many people shared 10-year-old tweets of his and jokes he had made that were homophobic. The academy then gave him an ultimatum to either publicly apologize for the tweets or withdraw from hosting the Oscars. He said on his Twitter profile that he had already addressed the matter several times before and had apologized before. He then stepped down from hosting the Oscars and presented another apology in which he said,” I have made the choice to step down from hosting this year’s Oscar’s….this is because I do not want to be a distraction on a night that should be celebrated by so many amazing talented artists. I sincerely apologize to the LGBTQ community for my insensitive words from my past.” 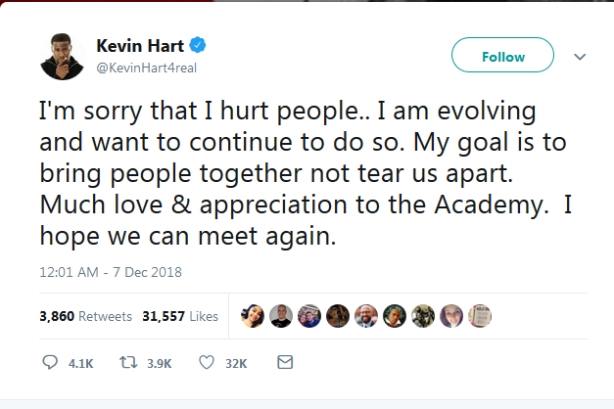 In June of this year, the New York Times published an opinion piece by American Republican Senator Tom Cotton where he called the military to give an “overwhelming show of force” in order to regain order in the US during the protests over the killing of George Floyd.

James Bennet, the editorial page editor who published the article, tweeted in response to the public criticism:

“Times Opinion owes it to our readers to show them counter-arguments, particularly those made by people in a position to set policy. We understand that many readers find Senator Cotton’s argument painful, even dangerous. We believe that is one reason it requires public scrutiny and debate.”

The signatories showed their support for current social and racial justice movements but they argued that “this needed reckoning has also intensified a new set of moral attitudes and political commitments that tend to weaken our norms of open debate and toleration of differences in favor of ideological conformity. As we applaud the first development, we also raise our voices against the second.”

The signing of the letter came in the wake of the spread of cancel culture and online shaming. People have been getting canceled and facing serious consequences, sometimes for merely speaking their views, which the majority may not agree with. “Editors are fired for running controversial pieces; books are withdrawn for alleged inauthenticity; journalists are barred from writing on certain topics; professors are investigated for quoting works of literature in class; a researcher is fired for circulating a peer-reviewed academic study, and the heads of organizations are ousted for what are sometimes just clumsy mistakes.”

Many would agree that not all speech can be tolerated. There are types of speech that bring more harm, hate, and division like racial slurs than they bring any good. This type of speech should be called out and socially unaccepted. Yet calling to silence other types of speech because they are perceived as morally wrong or are not popular may put open debate under attack, as the open letter argues,” The way to defeat bad ideas is by exposure, argument, and persuasion, not by trying to silence or wish them away. We refuse any false choice between justice and freedom, which cannot exist without each other. As writers, we need a culture that leaves us room for experimentation, risk-taking, and even mistakes.”