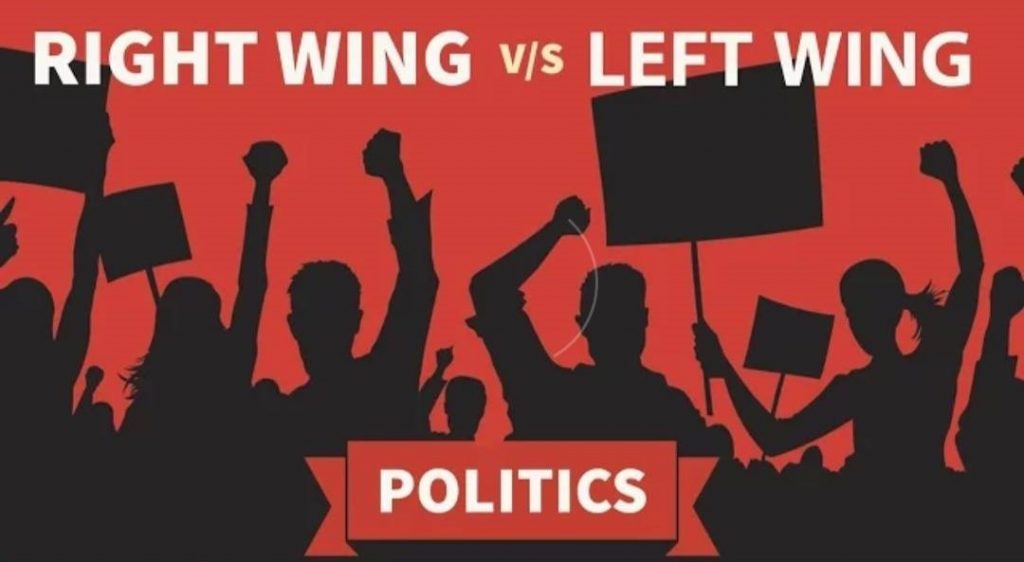 If you have been exposed to any news story about politics then you must have heard the terms “Right wing” and “Left wing” thrown around. This has become even more likely with the US presidential elections coming up. These two labels seem to represent two conflicting sides of the political spectrum. Yet, both sides are quite diverse and contain many distinct groups that are commonly at odds with one another. But the ideologies of the same side share many distinct characteristics with one another that made them fall under the same label.

Origins of the Right and Left labels:

These two names refer to the seating pattern of the two opposing parties in the early French Parliament. It was the French parliament in particular due to France being one of the earliest modern democracies in Europe following the French revolution. The old monarchy and feudal system were only recently shattered. Therefore, many conflicting ideals about the proper social and economic system that would take their place started to emerge.

Beliefs of the Right wing:

Right wing parties and politicians are very supportive of a free market capitalist system. They strongly oppose government intervention in the economy. They prefer a minimal government concerned only with defense, justice, foreign affairs, and public infrastructure. This belief stems from the idea that markets are far more efficient than any government bureaucracy. Trying to keep government spending at a minimum while putting the least amount of restrictions on private enterprise is a distinct right wing economic policy pursuit. This view is driven by ideas of renown economists such as F.A Hayek and Milton Freidman. They believe that free markets are the most efficient way of optimizing the economic output of a society. This belief is based upon the assumption that “Nobody spends money better than someone spending their own money on themselves”.

The Right wing is notably “conservative” when it comes to social issues. Its proponents believe in the preservation of family values, traditions, and national heritage. Religious conservatism also plays a major role in right wing political views. However, not all conservatives are necessarily religious, and not all religious people are necessarily conservatives. It opposes radical, spontaneous change and prefers the path of slow gradual reform. The social beliefs of the right wing, unlike their economic beliefs, vary considerably from one region of the world to another. This is because each region commonly has its own unique set of social values and traditions. However, common conservative social stances emphasis the sanctity of marriage, traditional gender roles, patriotism, and national pride.

Beliefs of the Left wing:

Proponents of Left wing economic views believe that government intervention is necessary in achieving economic equality especially for discriminated ethnic or religious groups. They believe that the government is an instrument for taxing the rich to acquire welfare for the poorer classes. As well as heavily regulating industries and private enterprise to protect against exploitation of workers, and environmental damage. Some far left views (mainly communism) include state control of natural resources and economic activity in order to provide equal economic benefits for all citizens. Notable Left wing economists include the co-authors of the communist manifesto Karl Marx and Freidrech Engles and modern economist, Paul Krugman.

The political Left wing upholds the values of equality and social justice as its main points of focus. It aims to reduce wealth disparity and protect minority groups. It strives to push for racial, gender, and religious diversity in both the media and workplace. Left wing politics are also heavily concerned with women’s rights both socially and economically. As well as preserving the environment and personal individual freedom even in opposition of social norms and traditions.

Criticism of the Right wing:

Right wing views have significant opposition. Economically, many point out to the concept of Market failures as justification for government intervention even if the government has failures of its own. Many accuse right wing economic models of propagating a hierarchical economical system with significant wealth inequality.  On the social front, the right wing is faced with accusations of spreading ethnic nationalism, sexism as well as causing political and social stagnation.

Criticism of the Left wing:

Left wing ideology is often opposed, economically, by pointing out the inefficiency of government bureaucracy. As well as welfare turning the poorer classes into a burden upon society instead of motivating them to work. On a social level, left wing politicians are accused of dividing society based on religious, and ethnic backgrounds in what became known as identity politics. The desecration of family values and traditions is also an issue often posed against the left wing. It is also confronted by the idea that it causes social unrest, instability, and radical revolt.

Condemnations of the Left-Right wing terminology:

The Left/Right-wing labels have been the subject of intensive controversy. They manage to become generalized labels that include many differing groups from Libertarians, Socialists, Anarcho-capitalists, Liberals, Fascists, and many others. And even those groups within themselves are very diverse as well. Another even more significant issue is that there are views that vary from one wing to another according to time and place. However, supporters of these labels argue that most nations either have a two party system or are diverging towards one, therefore, these political labels are simply an expression for the party duality.

Political views, affiliations, and ideologies are very diverse and complex ranging across countless social and economic issues. People are not limited to choosing between either the Left or Right wings. Their individual views are commonly a mixture of both. Yet, it is useful to understand these two designations in order to easily interpret the political landscape and understand news stories and political biases of information providers as the use of these labels is becoming more and more prevalent.