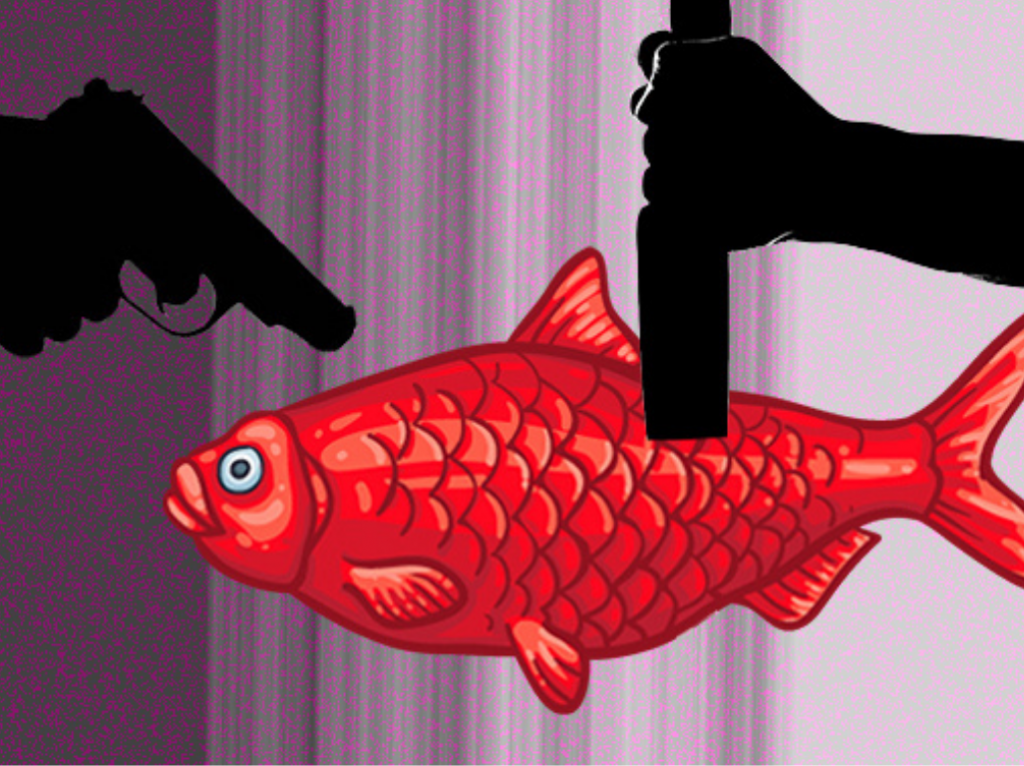 A sense of achievement comes with unveiling a book’s twist before the author reveals it. Therefore, the temptation to solve riddles is what makes the suspense genre so popular. Often, there is a common factor in the success of mystery novels. It is a literary device called ‘red herring.’

This article contains spoilers for Harry Potter & the Prisoner of Azkaban; And Then There Was None by Agatha Christie; I Am Watching by Emma Kavanagh.

Literally, it is a small fish, turned red and dry by smoke. As an idiom, it means something irrelevant intended as a distraction. It has many connotations, including political.

In literature, a red herring is a misleading clue that throws-off the readers. It sends them down a false path and fuels the suspense of the book.  A pretty famous red herring is found in J.K Rowling’s Harry Potter & The Prisoner of Azkaban. Everyone believes Sirius Black is the villain, but that turns out untrue.

An expert on this technique would be Agatha Christie. Many of her works include misleading hints that snowball into twisty revelations. In murder mysteries, authors drop red herrings to keep their readers guessing until the last page.

There are two types of red herrings:

An intentional red herring is a false clue that a character has created to mislead the rest. A famous novel by Agatha Christie includes an example of this type, actually.

“And Then There Were None” follows 10 strangers on an island, with a killer among them. Justice Wargrave eliminates himself from the list of potential-murderers by faking his own death. It turns out, he tricked everyone because he was the killer all along.

A coincidental red herring is placing deliberate, false clues to mislead the audience.

Take Alex Michaelides’s The Silent Patient. The red herrings in this book are the characters. The unbalanced shift of points of view works as a distraction. And, the ambiguous characters sway suspicion until the revelation of the twist. In retrospect, that serves as the biggest indicator for it, actually.

A detailed example of a Red Herring:

This example is from the novel that struck me enough to write this article. Emma Kavanagh’s I Am Watching is a continuous development of red herrings.

The book revolves around a serial killer who strikes again after twenty years, despite supposedly being behind bars. And one of the points of view belongs to an original survivor. It is later revealed the wrong person was arrested, and the author begins leaving clues that hint toward the real killer. For instance, evidence tampering that points to the protagonist’s father. Suspense follows this character in mind for a while.

Meanwhile, the author gives devastating insight into that one survivor’s mind. Until sympathy forms with him. Consequently, this bond is a red herring.

In hindsight, it is obvious the real killer is the survivor. As you sympathize with his struggles, you never see the twist coming — feeling sorry for him distracts you from that conclusion.

Done correctly, red herrings provide a satisfying shock at the end. They make mysteries compelling. That is why people appreciate this genre.