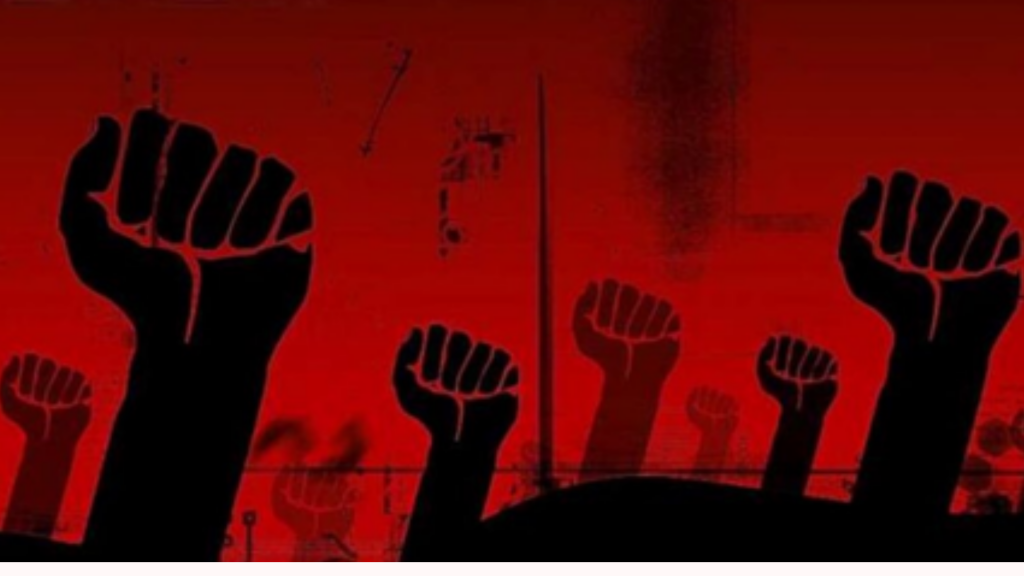 Socialism, as we know it today, was the child of its age. Its principles were born out of the injustice and oppression of the working class by the capitalist “bourgeoisie” at the dawn of the industrial age. The steam machines rendered workers dependant on them in their production. This enabled the Capitalists who owned these machines to use the excuse of supply and demand to unjustly deny the workers of their labor’s fruits. It was an age where unions, eight-hour shifts and proper working conditions were not even seen as rights

The communist ideas of Marx became fuel for revolution and spread far and wide before being set ablaze by Lenin in the Russian Tsardom. Flames that engulfed the world in a zealous fury of revolutions and Marxist fervor. The embers of socialism soon fell upon our Algerian nation. A people broken by war and suffering through poverty had no choice but to rely on the state to nurture them and care for them with the gift of oil bestowed upon them.

Yet alas, the flame of socialism slowly died out in the hearts of the people and Lenin’s Soviet Union soon crumbled from within revealing the flaws below. As romantic as the idea of the people taking power into their own hands and building a just and fair state for all sounds, it was merely an illusion. One they tried to keep with parades, propaganda, and monumental projects as their people starved. A system built upon the benevolence of those in power is designed to fall, as power attracts only the corrupted among us.

Here in our beloved homeland, the economy came crashing down as our nation was forced to embrace economical and political systems that were never adjusted to our own culture and people. The sickle and hammer of the old socialist world and the bygone revolutionary narratives of social justice are rarely seen or heard today. But the thoughts they left behind loom over our lives as the dark shadow of our socialist past haunts our minds.

The old socialist system was not just a set of laws and institutions, but a mindset. One that is rooted so deeply within our collective subconscious that we find it difficult to perceive such socialist ideas as anything but natural. Its vestiges seen in our everyday lives.

Decades of socialism have made us reliant on the state for every single one of our needs and desires: food, jobs, housing, education, healthcare, and even entertainment. We got to the point where we expected the state to handle every issue we ever encounter, no matter how small. This has caused the slow painful death of initiative and autonomy in our hearts. This dependence on the state has also led to a sense of irresponsibility and negligence of our own surroundings as it is always the state to blame for the status quo.

The old socialist model relied heavily on a planned economy; therefore the centralization of the state was a necessity. The consequences of such a structure ripple across the pages of history to this day, as local communities hold little power to improve their own lives. A centralized state is also far more susceptible to corruption as it faces little opposition from powerless local authorities. It also offers an opportunity for resources to be mismanaged as they flow their long treacherous path from the central government to the citizen.

One key difference between a socialist system and a free market one is the value of labor. The former sees it as the effort put into the work itself. The latter sees it as the value derived from the work regardless of effort. And I firmly believe that our Algerian people still hold the former view in our minds which hinders the optimization of the economy leading to the inefficient, incompetent bureaucratic mess we call a public sector. The Socialist mindset is so ingrained in our minds that we consider a job as a favor by the state fulfilling our right to a one rather than being in need of our labor. This has led to widespread incompetence carving its way to the minds of students as their belief in the importance of learning faded away.

These archaic relics of a bygone era must be purged out of our collective minds if our nation is to prosper. We should break the chains of slavery to the state and earn our true freedom.

Read also The nature of Bias.