The Rashomon Effect: Is Truth Accurate? 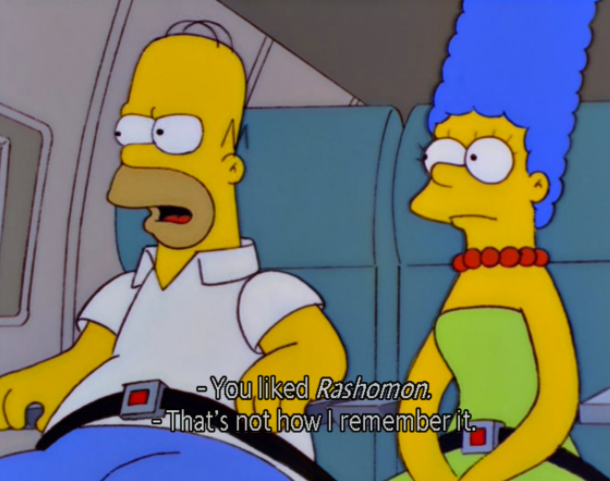 Five people just witnessed an accident. Will they retell it the same way?

This is where the Rashomon Effect comes in.

The fact the same event unfolded in front of all of them makes it likely they would all describe it identically, but it is not that simple.

What is the Rashomon Effect?

The Rashomon Effect refers to a situation wherein an event is given plausible but different, often contradictory interpretations by the people involved. It is named after Akira Kurosawa’s 1950 movie Rashomon. A murder is witnessed by four individuals, but described in four separate ways despite having all seen the same crime.

The Rashomon Effect puts theorizes that truth is relative and subjective. The reason there are four versions of one crime in the movie, is because personal interpretation underlies each person’s testimony. It is what hinders the quest for an answer. People’s accounts of certain events depend largely on individual experiences. Something hardly affects two people the same way, and so the mind draws different descriptions. It is their own perceptions of truth that comes to play.

In Rashomon (the movie), the bandit and the samurai’s testimonies are different. The first claims he dueled the samurai in a sword-fight, and successfully killed him. However, the samurai recounts a second version. The bandit let him free and then he took his own life. It is understandable. Both of them, driven by their self-hood, retell the story with their own perception. The bandit wants to prove he killed a skilled swordsman; The shame of the samurai’s wife’s infidelity pushes him to kill himself.

In 1932, Frederic Bartlett conducted a study to research the reconstructive nature of memory, and how it is affected by previous knowledge. Participants listened to a story, and had to retell it. When recounting later, details became less accurate, and more personalized as they each drew from their own culture to fill in the gaps. Thus proving that memory is a subject of personal interpretation.

We tend to alter our memories in a way that makes the most sense to us.

The Rashomon Effect: a term for unreliable eyewitnesses.