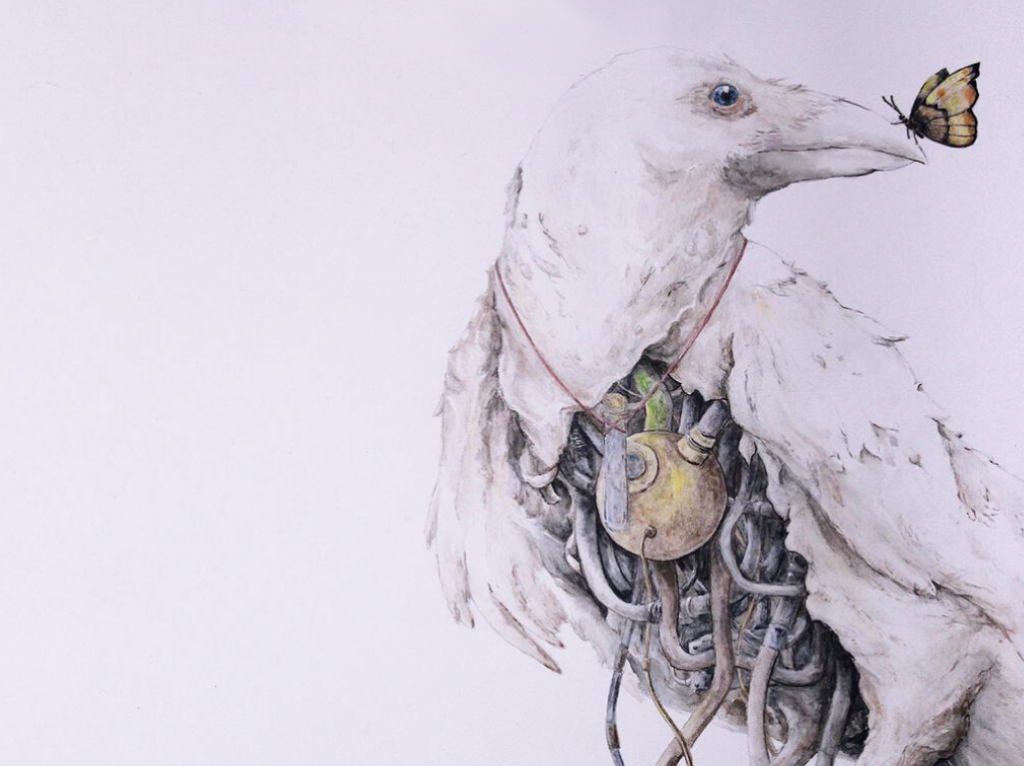 A man with a vengeful heart

Out of the casement of his obscured dwelling, there he was, Adam Gunn, watchfully looking at the setting sun. His gazes were filled with rage and grudge. Not more than pain and soreness his heart carried, and only bitterness and acrimony in his core were buried. Solely drops of tears went down from his light brown eyes, as he was down in the dumps, depressed and doubtfully wise. He could never fail to remember his beloved parents’ atrocious decease by Rosario Rascal’s filthy hands. He then swore not to take a breath, until he avenges his parents’ death.

Adam was only seven years old when Rosario took his guiltless parents’ lives. Since then, his essence became hostile and cold, for that he witnessed a malicious crime against his loved ones. Hatred to Rosario he could no longer hold, as he longed to kill him to heal his wound. Adam’s only concern was to take Rosario Rascal down. No matter what it would take, putting Rosario to death was the only decision to make. And after twenty three years of Rosario’s misdeed, Adam Gunn was ready to murder that vicious breed.

Adam heard a knock on his door and before he turned around, he quickly wiped away the tears off his face, letting go his furious thoughts, and stepping forward a pace.

“Hey, Bean!” said Alex with a wide smile his lips drew, showing his glistening teeth as excitement in his eyes grew.

Alex has been Adam’s closest friend from the time when they were youngsters. But, he had never thought that he and Adam would ever become gangsters.

“Is that…?” before Adam had finished his question, Alex interrupted with words he was going to mention.

Alex unpacked a big black bag as he made a look of an old hag.

“What do ya think?” asked Alex.

“Nice?! The hell are you sayin’, man? This suit is one of the finest suits in the market. At least, give it more credit! Check this out; it comes with a hat too.”

“I really don’t give a shit Alex. I asked you to get me a white suit, and you did. End of the story.”

“Dammit, Adam! I can see your face reddening. Have some jets, man!”

“Of course I can. You’re my bud, and my man.” said Alex, putting his right hand on Adam’s left shoulder, and patting on it as if he was a toddler.

“All I want is to see the blood of that filthy animal on my white suit when I cut his throat with my own bare hands!”

“Adam, I’ll get you Rosario, I promise.”

“No, I’ll get’em myself! You’ve already done your gig.”

“Yeah, but I ‘m surely gonna need your help sometimes.”

“No sweat, you got it!” said Alex, giving Adam a soothing wink.

Alex left Adam’s place, and stood still behind the door; sketching trouble on his face; now his worry grew much more.

Meanwhile, Adam tried on the white suit, and gazed at himself in the mirror. He examined himself from head to foot, as his seething eyes reflected terror. He took the pocket-watch his father had, and held a knife in his left hand. He desired to stab Rosario and let him bleed, because if he got that done, his ill-feelings would be freed. Adam descended from his very modest home, as if he was getting out of a dim dome; wearing the white suit and the hat, he walked to his black Deuce and sat. Before Adam turned on the engine, Rosario’s face he started to imagine. He told himself to stay wary and calm, as his hands on the wheel were firm and warm. Adam turned on the engine and drove away; his destination was to go where Rosario liked to stay. No one knew Adam Gunn there, and to talk to Adam nobody would dare.

Adam pulled over and entered a bar; he glimpsed an attractive woman sitting from afar. He rubbed out his fiery look, and grabbed a glass for her he took.

“May I offer you this drink?”

“You don’t? Then why would a fuzzy duck like you come here?”

“It’s where I usually come to hang out.” answered the woman with a mild voice.

“Oh, I see!” said Adam, raising his right eyebrow out of curiosity.

“Johnson. But you can call me Adam. And no, thanks! I don’t smoke.” said Adam smiling.

“Okay, as you wish Adam. I’m Sophie by the way.” said the woman, putting a cigarette in her mouth.

Shortly after, a strange man came to the woman, and gave Adam a look of an omen. He took off his dark brown hat, and put it close to Adam as if he was ready to bet.

“Didn’t I tell ya not to come here again?” said the man to the woman in a robust tone of voice, as she listened to him and had no other choice.

“Keep your voice down Keith!” said the woman, hissing.

“Hey! Let her go.” said Adam firmly as he stood up.

“Who the hell are ya? Stay out of this!”

At that moment, Adam gnashed his teeth and clenched a fist, but that man, named Keith, wasn’t on his list. He remembered that he was carrying a knife, but it was not worth it to take away that man’s life.

“I ain’t saying another word! Beat it.”

Then, Adam stepped closer to the man, and held his collar tight so that he wouldn’t lam.

“You know what! Forget it. I ain’t gonna have a fight with you. You’re not the one!” said Adam to the man, letting go of his collar.

With no further ado, Adam left the bar and headed to his black Deuce and he was not at the bar for the booze. He drove on the way back to his place, as he launched fast as if he was on a race. He was wondering whether that man knew Rosario Rascal, perhaps he was his hanger-on or was his pal. Adam kept looking at the pocket-watch as he remembered his father, and again, he shed little pure drops of tears as he also recalled his mother. The fact that he was deprived from his much-loved parents’ care made him feel forlorn, since he grew up forsaken and without anyone by his side, except Alex who accompanied him, and never let him feel alone. As Adam was on the road, he glimpsed a mom and a dad playing around with their little child, and then unwillingly, he beamed brightly; that smile he could not hide. Abruptly, that glinting smile turned into a baleful frown, as his eyes lost that glowing color of light-brown. His features depicted a grin of a wild dog; he could see nothing on his path but a dismal fog.

Adam Gunn arrived at his place, and there he found Alex waiting for hours, he was amusing himself building from ice-cream sticks tours.

“The hell have you been?” asked Alex.  “You went looking for that Rosario dog, didn’t you?”

“And I think I’m getting closer to finding that dirty pig.” said Adam briefly as he looked out of the window.

“I had a fight with a man, named Keith. I’m not yet sure but I feel that he has something to do with Rosario.”

“Super! Then what are we waiting for? Let’s get’im!”

“Come on, Adam! You’ve been waiting to take Rosario down for a long time.”

“I know, I gotta think of a way to get’im without being caught, or making a mess.”

“You got that right! I can help!” said Alex beaming.

“I’m always by your side brother.”

“I know, brother!” said Adam as he hugged Alex tight.

Afterwards, Adam and Alex went back where Adam met that man. Lucky them, they found him at the same bar, talking with a woman. Adam pointed at Keith so Alex would recognize his face. At that moment, Adam and Alex were focusing only on one case. They stood still, steadfastly at the bar doorway. And there, for Keith to flee he had no way.  Adam and Alex looked at each other determinedly as they nodded, then they entered the bar as the door unhurriedly was closed.